The supreme commander of the Peacekeeper military, the Grand Chancellor heads all Peacekeeper forces. Likely based at Peacekeeper High Command or Peacekeeper Strategic Command.

Senior fleet officer and liaison between Peacekeeper High Council and the fleet. Commandants have the authority to take command of armadas. The rank is apparently high enough that a Commandant is required only to report to the Peacekeeper Chancellor and/or Council.

Fleet officer usually seen in command of capital ships such as command carriers. Rank is also used in special operations in command of elite commando squads.

Widely seen junior rank. Present in multiple branches and roles including pilots, ground forces, starship and base officer, and commandos.

Junior rank, subordinate to Officer. Seen in use 500 years before modern times, possibly a discontinued rank.

Widely seen junior rank. Present in multiple branches in roles in Peacekeeper military. It is possible that like real-life military, this rank has multiple classes, such as the case of Lt. Teeg overruling Lt. Orn. Possibly a direct subordinate to captain, as seen in the promotion of Braca as well as Teeg's apparent status as Captain Crais' first officer.

Also used in special operations, commanding small groups of commandos or as first officer to a captain.

Title or rank given to an operative of the Peacekeeper Special Directorate. Highly trained individuals dealing in areas such as infiltration, assassination, and espionage. Status within the rest of the military is unclear.

Title given to a standard technician.

Title given to medical technicians 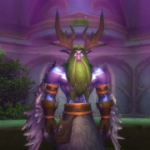